The new frontier of textiles

The company HORO, which recently debuted the brand HORO, aims, among other things, to insert the use of new technologies into fashion. With an international patent for the only stable isotope of gold, it created a new textile, managing to fuse 24-carat gold with fabric. What was born is something truly new and precious, but at the same time technological and therefore extremely adaptable; it can be used to interpret various styles and can also be made using other precious metals such as platinum, as well as rose gold and white gold. A tested and verified encounter with the finest fibres, that is open to an infinite range of colours, from monochromes to tonal, from prints to jacquards and to an equally infinite breadth of styles, from haute couture to street style. A sort of golden revolution that hasn’t faded in the space of a season, but which is now available on the market, with all its incredible creative potential.

HORO is a company, founded in 2016, that is run by president and founder Stefano Maccagnani, who leads EOS SpA holding, which operates in various sectors such as information technology, automotive and biomedicine.

Born to tackle the fashion sector, it debuted with HORO, a brand with a revolutionary approach: it incorporates unconventional materials and disciplines to the creation and production of the collection, using interdisciplinary thinking. It had a golden debut: a collection featuring textiles that, through a patent-protected process, fused 24-carat gold with the finest fibres. A technique, which can also be applied to other precious metals such as platinum and opened up new horizons, especially if considered as part of a broader vision of total research. A new kind of luxury that uses technological tools, that experiments, and that replaces the sewing machine with ultrasounds.

HORO is based in Rome, with a creative workshop and atelier in the capital. 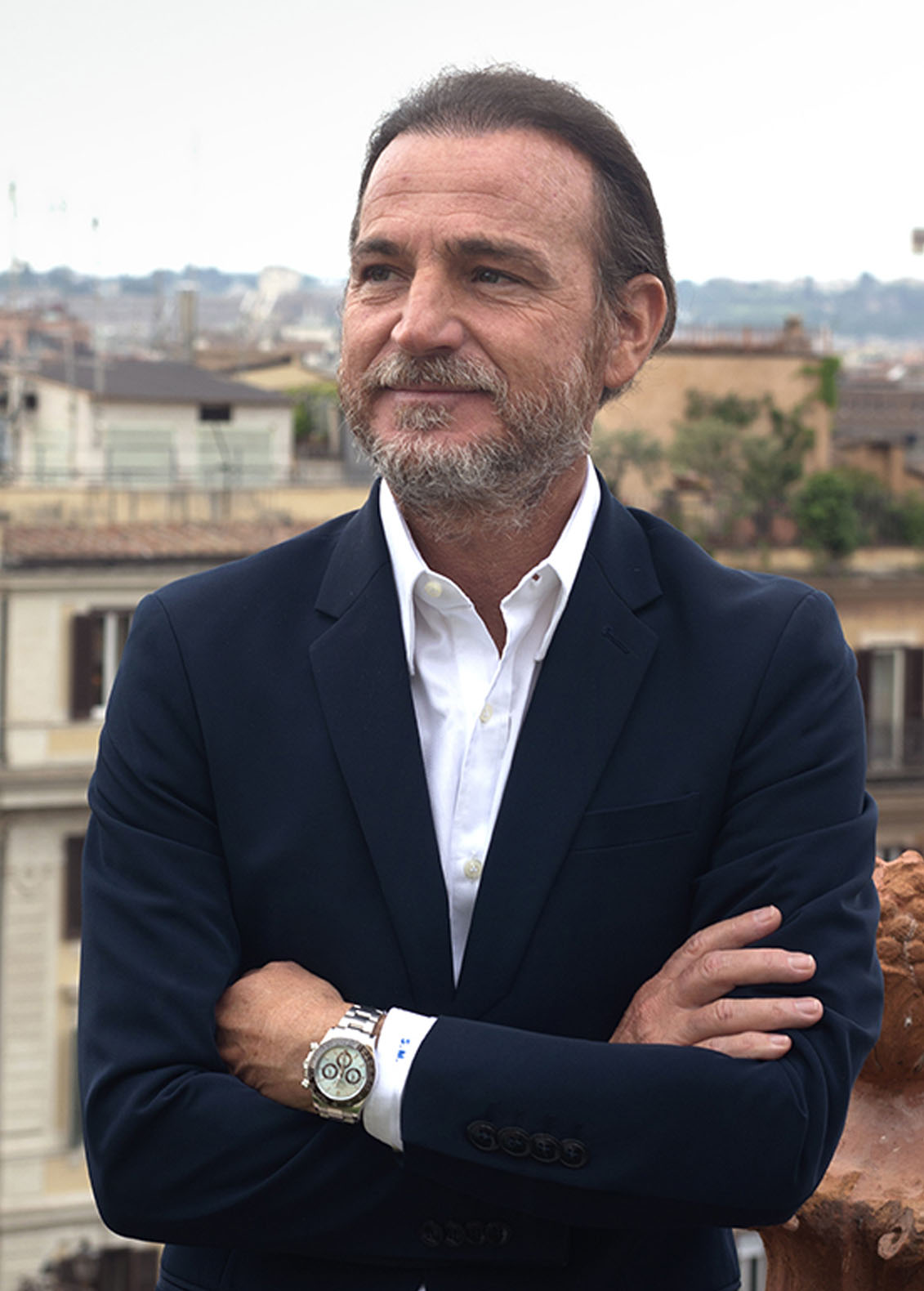 STEFANO MACCAGNANI
More an inventor than an entrepreneur

Stefano Maccagnani is especially interested in the new, in what doesn’t yet exist, in identifying a demand, in meeting a need, in intuiting the product that will be. It is the project that motivates him, the incubation of an idea, and then its progressive development and definition, until it becomes an actual concrete thing. To do this he traverses different fields without prejudice, without preconceptions, guided by his intuition and supported by a team of people who for years have shared the same way of proceeding, the same interdisciplinary approach. Qualified professionals, engineers, computer engineers, designers, who decided to abandon the certainty of the familiar, of what’s already been done, of the existing in order to push past the normal boundary, be it for a product, a technology, a material. Never take anything for granted and fire up the imagination to then study the solution, together, in a spirit of teamwork perfected by years of practice and by the many projects completed as a team.

Born in Turin but adopted by Rome, it is here that his professional life began in the information technology, finance and mechanical fields, opening up to include international experiences too, from defence to mechanics. In 2002 he manifested his concept of interdisciplinary innovation founding E.O.S. Spa, a holding that brings together a series of companies that operate in different sectors: mechanical, electrical, automotive and biomedical. Among other things, they are working on a project to build an electric car, including coming up with a prototype and perfecting a body that can serve as the basis for various models.

“The impetus is so much stronger when there’s the emotional part, nothing drives you more than the human factor”.

Intuitive curiosity, enthusiasm, the desire to invent and a commitment to research oriented towards the development of new businesses is what motivates him. And from this comes the collaboration with the University of Camerino, from which he received an honorary degree, with the University of Bologna, and with the DIAEE (Department of Astronautical, Electrical and Energy Engineering) at La Sapienza University in Rome.

One of the most ambitious milestones they have achieved is in the biomedical sector: the Phoenix exoskeleton, a motorized prosthesis that allows paraplegics to move around independently, but also supports parts of the body doing heavy duty tasks. And also with the University of Camerino, they have kicked off the Limix project, a spin-off that tackles the problems faced by people with hearing impairments. The first outcome is a ‘Talking Hands’ glove that, through a sophisticated system, gives voice to signs.

In 2016 his curiosity led him to incorporate fashion into the mix too with the launch of HORO company which will lead projects with the same revolutionary spirit and with the same brand new approach. With the debut of HORO a new signature is born: 24-carat gold and precious metals are fused with fabric, through a process patented at an international level.

Luxury-tech that transcends the conventional approach and replaces the sewing machine with ultrasounds, the first chapter in a new era: Couture Technology.

To offer you a better experience, this site uses profiling and third-party cookies. By closing the banner or scrolling the page you consent to the use of cookies. To learn more and to select your preferences see our Cookie Policy.Ok